My mother, a woman who survived Hitler’s Germany, admonished us to never squander our privilege to vote. She was truly a political junkie before the Internet made it easy. She passionately devoured newspaper and magazine articles about everything having to do with politics. We knew not to bother her during her Sunday morning political talk shows. During Watergate, she regularly fell asleep on the living room couch reading about Nixon’s newest troubles. A diehard liberal until she died in her eighties, she accumulated hundreds of emails from Moveon.org in her AOL (yes) email account. She died in 2009 and we joked that she hung around long enough to see Obama get elected. We even bought her a new TV so she could watch the inauguration in style. In assisted living.

I’m old enough to remember JFK and the impact his election had on my immigrant parents. I remember them going to vote for JFK and having a party (a very rare event) late into the evening the night he won. I remember my father getting drunk that night for the first and only time during my lifetime. I remember my mother weeping when JFK was assassinated. And I remember her cutting his photo out of a magazine, framing it in a cheap dime store frame, and displaying it in our home.

When my younger daughter could first vote for president, it was John Kerry for whom she voted. She called me, waiting in line to vote at the University of Illinois – she knew how much it would mean to me that she was voting. It wasn’t Kerry who was lighting the fires under those young college students, though, it was the new Illinois senator.

“We’re here voting for Kerry, mom. But we’re SO EXCITED for Barack Obama.”

I will never forget the excitement in her voice and hearing the cheers of the college students in the background. I get teary eyed and choked up just thinking about it. 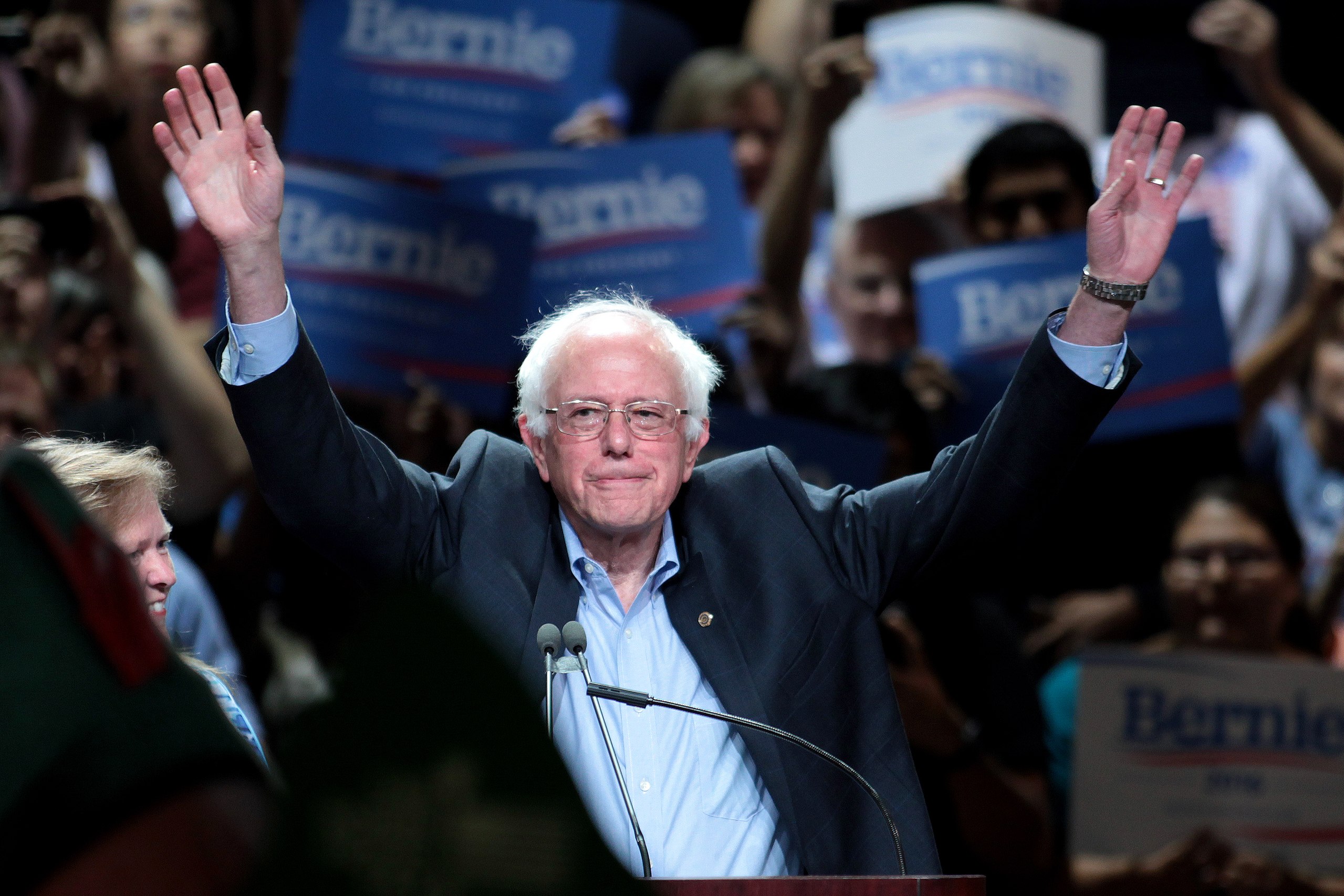 Sanders at a town meeting in Phoenix, Arizona. Image from Wikipedia.

That Kennedy and the young senator Obama inspired others isn’t really a surprise, right? They were bright-eyed, optimistic, young and handsome and it makes sense. The senior Sanders, with his gruff delivery, his white, unkempt hair, and his passionate “I’m angry as hell and not going to take it any more” message doesn’t seem to fit in with them, but he does. In his anger, though, he is incongruously optimistic. And he is inspiring others.

No matter what happens in this election, I feel certain that some time soon, a remarkable leader will emerge. Someone with passion, vision, and the ability to unite a divided country. And I am certain that, when this person is asked “why politics?,” the answer will be “I was there when Bernie Sanders lit the country on fire.”

And I wish my mother would be here to see it.